This repository contains the hardware design of the Fri3d Camp mini fox head in rubber hose animation style which can also be found on some of the merch! The graphical design has been made by Toon Van de Putte. 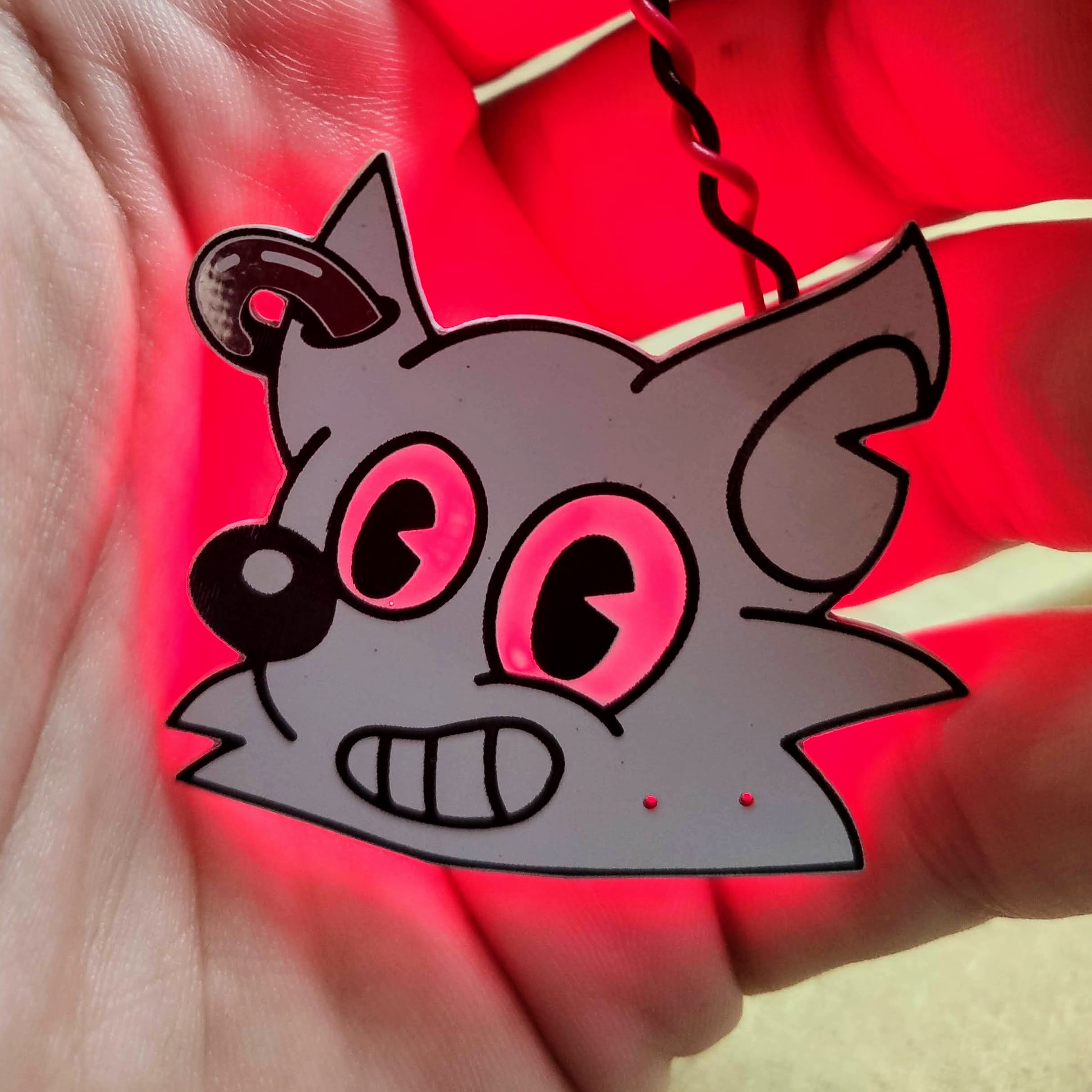 The boards are hand soldered by Wim from Phyx and are available in different versions.

The boards are SAO V1.69BIS compatible and will fit other camp badges. For your convenience we’ve added a female header which you can solder on the Fri3d badge.

Solder the header on the front of the badge. 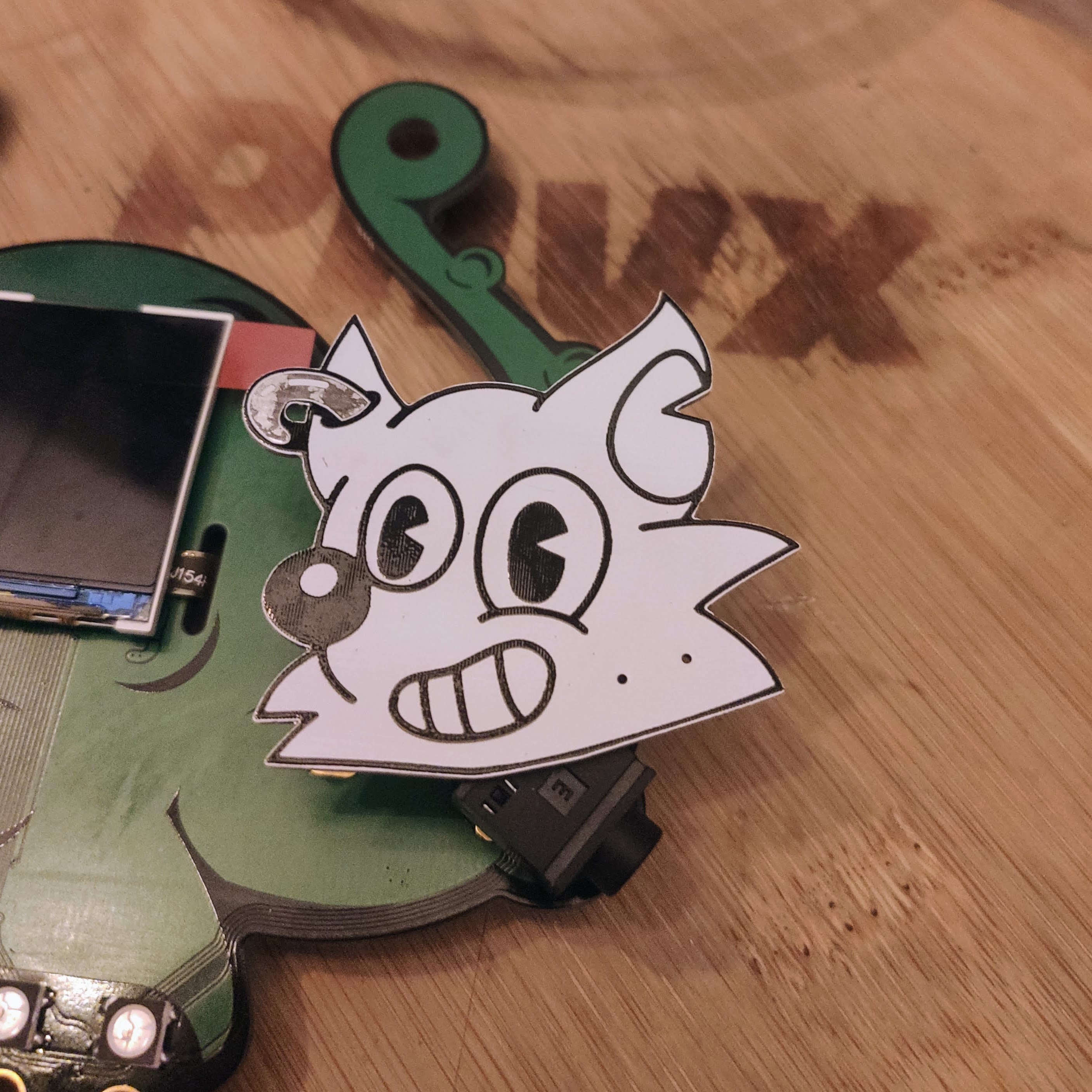 Mount the PCB as shown in the picture above.

The boards come pre-flashed with the most recent version of the Mattairtech bootloader. They come equiped with 4 Neopixels and a row of test pads that fit a regular size 0.1” pin header. By default it will run some RGB light animations, but with some thinkering you could use the board as an USB macropad for example. As an added bonus we’ve foreseen a pin mounting so you can wear the board on your clothes like a nametag. 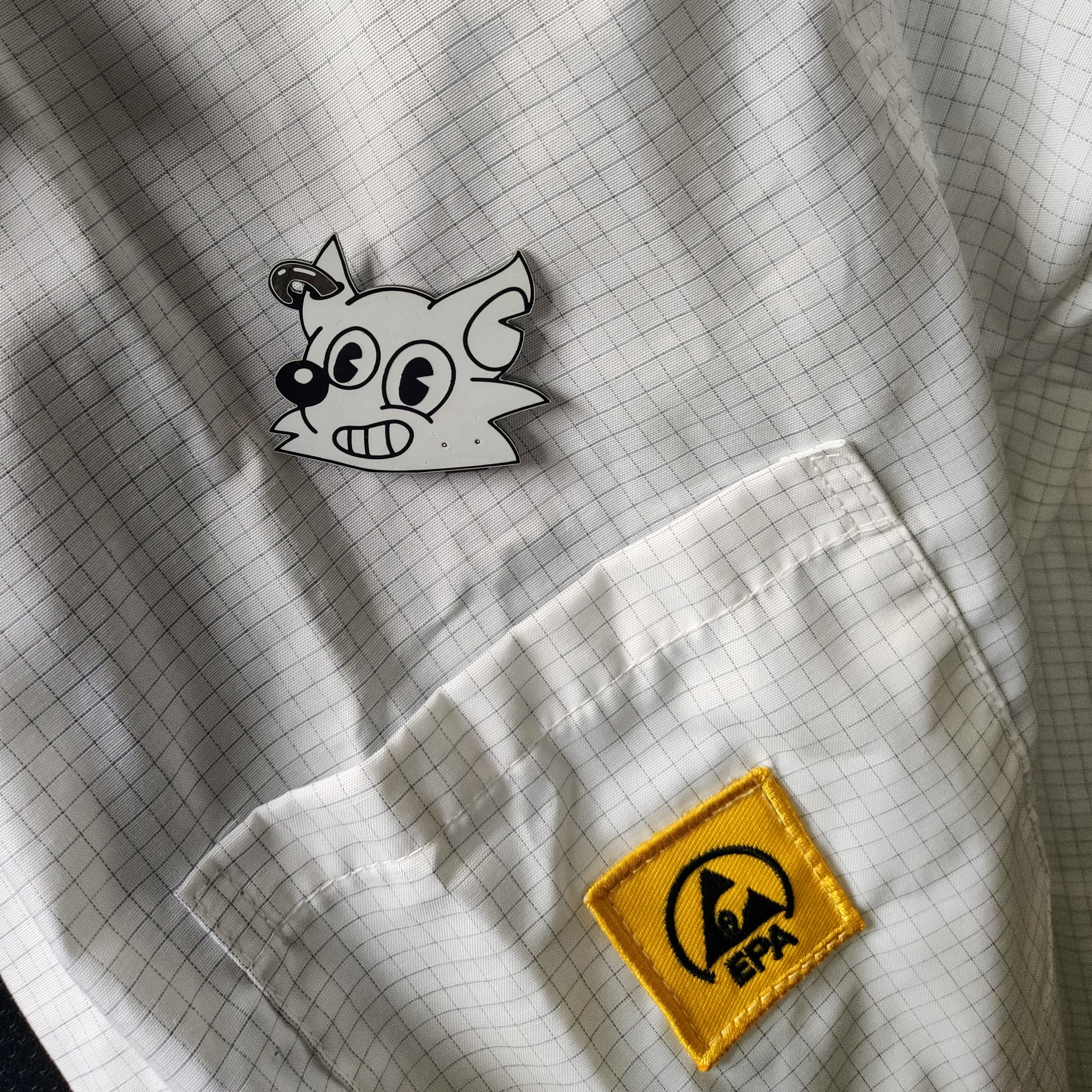